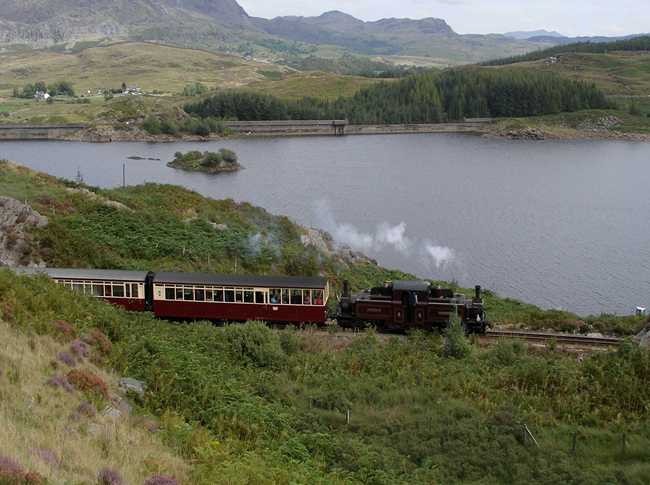 Consider that this is the oldest narrow-gauge railway in the World still in use, and that it passes through some of the most beautiful scenery in the UK, and you know you’re going to have a great experience on this trip; it’s not surprising that it’s one of the top tourist attractions in Wales.

The original locomotives and carriages are still in use and allow you to feel you’ve stepped back in time; special events throughout the year such as Charles Dickens weekend and Victorian weekend add to this. Your journey of 131/2 miles takes you from the town of Blenau Ffestiniog, where you’ll still see the evidence of slate quarrying, through the beautiful rugged scenery of Snowdonia to the newly improved and upgraded station of Porthmadog.

During your trip you’ll climb over 700 metres so the scenery opens out around you to give ever-improving views. A buffet service at your table, and even a bar serving award winning local beers can only add to the experience. 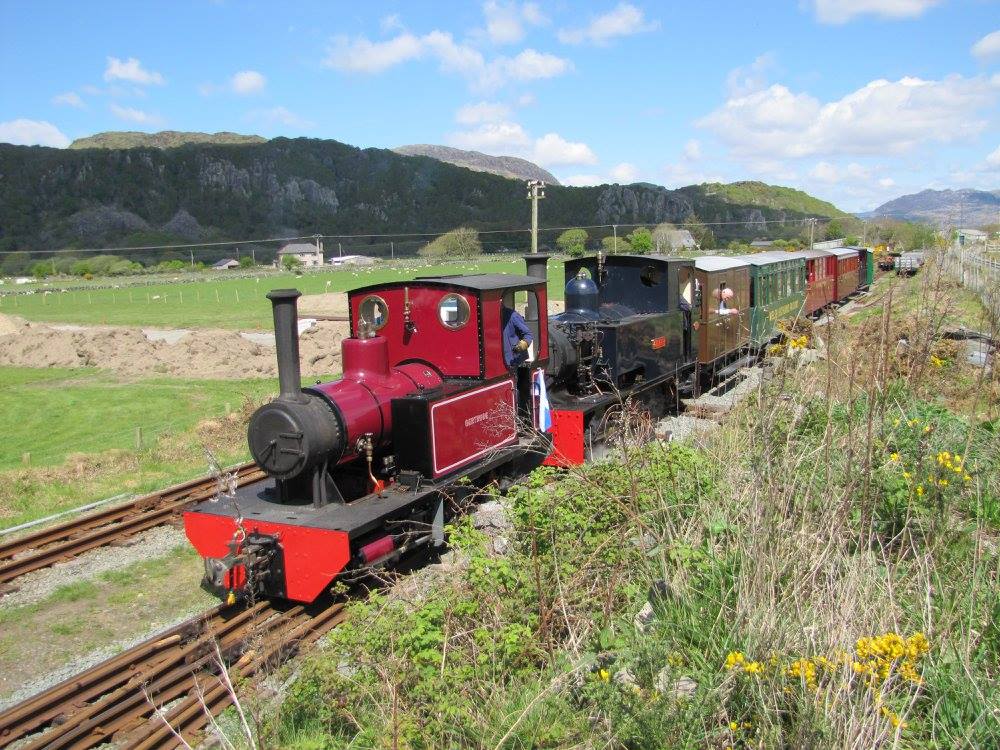 Although it has close links with the Ffestiniog railway, the WHHR is a distinct organisation. On its website, it bills itself as “a bit different from other railways”, which it is. At only a mile long it’s  certainly shorter than most of them, but that doesn’t mean you’re not given a great experience.

Boarding the train at Porthmadog, the outward journey takes you a mile along the tracks to Pen-y-mount, with views of distant hills and nearer cliffs. On the return journey though, you’ll stop off at The Engine Sheds and get the chance to see the whole railway, small but perfectly formed as a miniature railway.

There’s also a museum showing the history of the railway and its steam and diesel engines. Back at the station there’s a chance to relax in the café, or stock up on your train memorabilia in the shop. 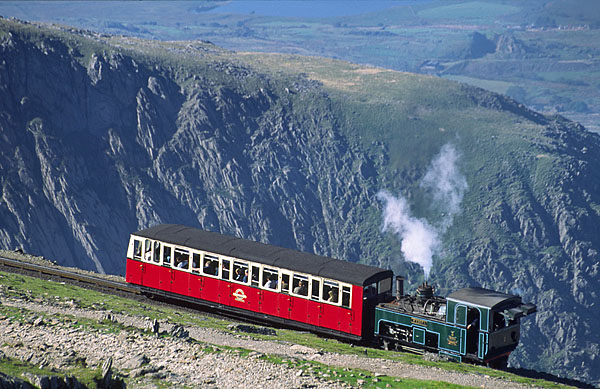 This 41/2 mile route may not be the longest railway route, but it’s certainly one of the most striking! Climbing from Llanberis at the foot of Mount Snowdon up to the summit at 1085 metres, the views, at least on a good day, are breathtaking, and you’ll pass over viaducts, past waterfalls, and through a landscape that is full of history, and mystery.

The railway opened in 1896, and for those that need to know these things, is the only rack and pinion public railway still working in Britain today. It’s also unusual in that the carriage is pushed up the hill by the diesel locomotive, rather than being pulled.

The train runs from March to November, although from March to May it only runs as far as Colgwyn, three-quarters of the way up the mountain and an hour’s walk from the summit. Once up at the top (about an hour’s trip) you have half an hour to enjoy the views and visit the summit centre for refreshments and souvenir buying before taking your train back down.

It is possible, if you’re feeling fit, to ride up and walk down, but if you’re feeling REALLY fit and decide to walk up and take the train down, bear in mind that a place on the train can’t be guaranteed – so you might have a long walk back!
www.snowdonrailway.co.uk 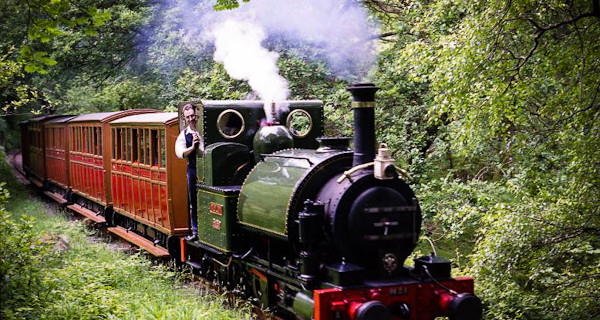 This railway should appeal particularly to children, not only because it uses real steam engines, just like they’ve seen in Harry Potter, but also because it’s the basis for the Railway Series of books by Rev Awdry that became the inspiration for Thomas the Tank Engine!

The line runs from Tywyn on the coast in Gwynedd, to Nant Gwernol, near Abergynolwyn, and passes through lovely green and wooded countryside. It also passes the Dolgoch Falls, and it’s possible to get off at Dolgoch station, walk the well-signed paths, and catch another train to complete your journey.

With an excellent museum and café at Tywyn station, and another cafe, plus an adventure playground, at the Abergynolwyn end of the track, this heritage railway offers a great day out for families, whether they’re train enthusiasts or not – they will be by the time they’ve finished! 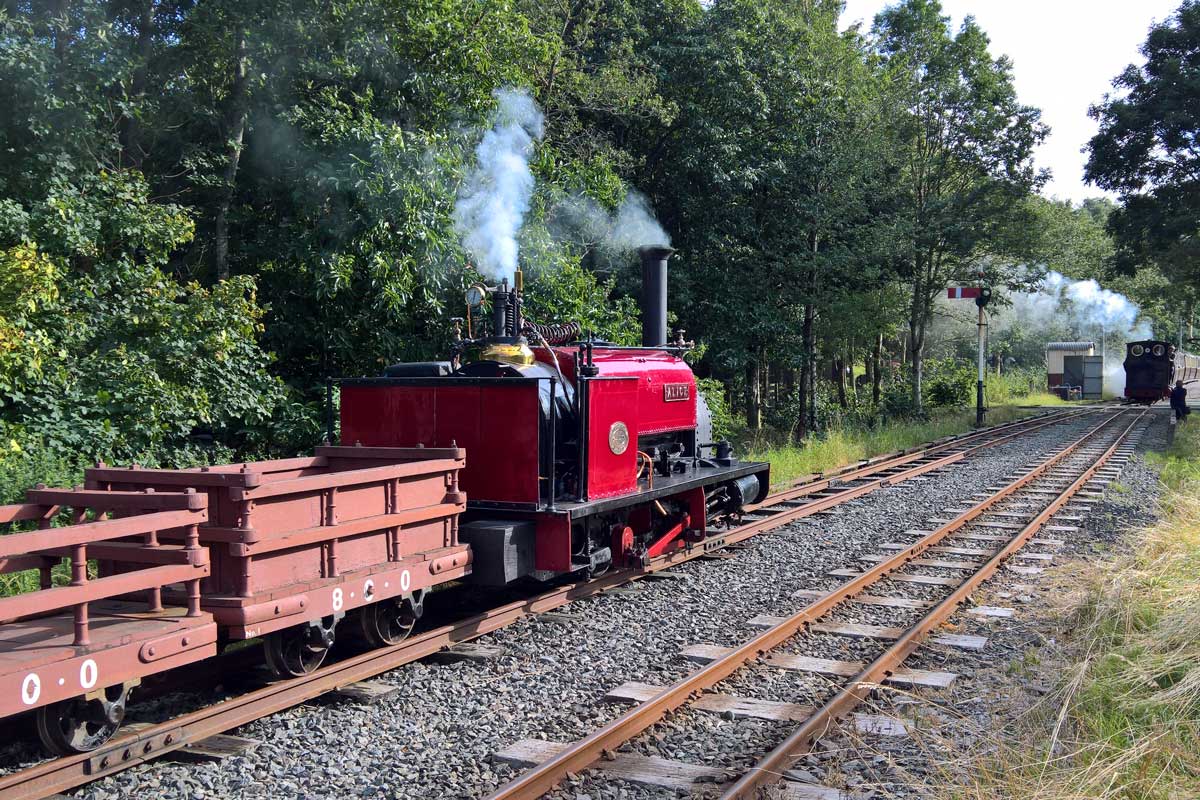 This is another heritage railway that runs through Snowdonia, this time from Llanuwchllyn along the shore of the very lovely Bala Lake. The 9 mile route offers the chance to get off at any stop along the way, including Bala town (or Penybont, in Welsh).

Here a gentle 10 minute walk will take you from the little station (no facilities) into the heart of the town centre, where you can walk, and maybe shop, in the old wide main street, or visit a Norman tower site that now houses a pretty public garden.

If you’d rather spend some time closer to the water, it’s also possible to leave the train at Llangower village, where you can take some time to take a lakeside walk – after all it’s The biggest lake in Wales, so definitely worth seeing up close. At the start or end (or maybe both) of your trip, visit the gift shop in Llanuwchllyn station and pick up a souvenir, and take the chance to get a little refreshment from the buffet.
bala-lake-railway.co.uk

Drop us a line and we'll get back to you as soon as we can!